Book your 2023 trip to Scotland by 17th October at 2022 prices before prices change. Learn More » 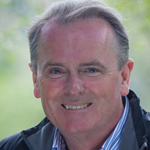 Colin Prior is known as one of the world’s most respected landscape photographers. Born in Glasgow, his proximity to the Scottish Highlands shaped his passion for the outdoors and fostered his interest in photography. His photographs capture sublime moments of light and land, which are the result of meticulous planning and preparation and often take years to achieve. Prior is a photographer who seeks out patterns in the landscape and the hidden links between reality and the imagination.

His six books include The World’s Wild Places and Living Tribes, which were published internationally. He is currently working on a four-year project documenting the Karakoram Mountains of Pakistan. He is a Fellow of the Royal Photographic Society.

Undisturbed places, where I can find the raw material for my work.

Not a lot of people know this:

I am working on a book on a four-year book project in the Karakoram Mountains of Pakistan.

“Commissioned by British Airways for four years, he has travelled to over forty countries throughout the world and lived alone for extended periods of time in the wild just to understand his subject.”

Colin is not only an accomplished photographer in himself but is a great leader, inspirer and coach to all levels of photographers. He made us at ease and has really helped us on our journey to be better photographers. His passion for the landscape and environment matched by his knowledge makes for a truely memorable experience.

Colin is fantastic - He took us to sights that were interesting and challenging for photography. He gave us a tutorial that was well done and full of good points that we could then use in the field. I would go on another tour with him in a heartbeat.

Colin Priors photographic instruction coupled with his passion for the area is without doubt the number one reason I went on this trip. Colin is patient, good fun and extremely knowledgable.

Colin could not have been better. It was like traveling with a good friend who actually knew what he was doing

Colin Prior is highly organised and very experienced in leading these trips. Couldn’t have asked for better.

Colin is a world class photographer and a great host who engaged with everyone to ensure that we had a good time and improved our photography.

Superb photography knowledge and tuition from Colin. Very supportive to us all collectively and individually. Learnt a lot in the week.
Colin and Andy's local knowledge made all the difference to this trip with some wonderful landscapes everyday despite some difficult weather conditions on a couple of days

Colin Prior is the king of the hills!

Colin and Justin knew all there was to know about the locations we visited. They considered the weather and any factors to make sure everyone was comfortable. I will always consider Justin my very own guardian angel.

The combined experience, knowledge and talents of Andy and Colin made the most of the weather and the locations to provide a range of photographic opportunities.

My trip was guided by Mr. Colin Prior who was just outstanding and a huge reason why I chose this particular trip. He's so well known yet no question was too basic for him to answer - so patient and kind. He made sure I was well looked after and spent some special time just chatting one on one. He's as impressive as his work is. Just outstanding. His tour assistant was equally as kind and outstanding. So glad I chose to go on the trip - Colin and Justin made it memorable for me.

Colin and Bob were great guiding the group to stunning locations. Both were very approachable and accomodating. Colin made sure to spend time with each person out in the field and gave great feedback. The image sharing/critique session was also a great way to see some of the different ways he looked at a landscape image and I learned things I'll definitely use going forward.

Fantastic, I need say no more.

the staff at Doune were wonderful. Colin was fun and informative and we learned a great deal.

Colin is a great tutor; his advice was given without judgement and he exudes such a passion for photography. It must be quite hard to be on it 100% throughout the trip, but he really was. Very good host.

Colin was an excellent guide, generously sharing his years of experience and always ready to offer help and advice where needed. He took us to some beautiful locations, adjusting plans as necessary to get the best of the changeable weather.

Extremely knowledgeable and helpful and I have learned a great deal from the few days away. Everything was set at a good pace as well. Much appreciation goes to Colin.

I really enjoyed my time with Colin. He spent time with each of us helping us with our camera work. I feel inspired and left with a much greater understanding of my camera and of how to frame my pictures. I also felt it was also an insight into Colin's his work ethic and style of photography. I found Justin, Colin's driver, to be very polite and friendly. I was quite intimidated at the beginning by some of the other photographers but both Colin and Justin were welcoming and I was soon put at ease. The group was fun and a good laugh.

Colin Prior is an experienced and well respected landscape photographer. However, I felt that I had not learned very much after the course. That could have been my fault by not asking the right questions. Also, the weather was generally poor and more emphasis was made of close-up photography, which I was not expecting.

TEAM WILDERNESS RESPONSE:
We have worked with Colin for many years and he does his best to engage every client and give them what they are looking for from their photography holiday - even offering one-to-one tuition to anyone who would like it. On this occasion the weather was not on your side and and hence the far reaching landscapes were not on offer hence the focus shifted to close-up photography. It is hard to work within the landscape when you are expecting photographic landscapes, especially for novice photographers, but you can only work with what you have on any given day. I do hope that in following your holiday you have put some of what you learned on the trip into practice and yielded some great results.

It was a fantastic experience to be with Colin. He adapted the itinerary for the weather so we were always learning new things. I really appreciated his help and my photography has improved a lot.

Colin Prior facilitated the week in a very professional and friendly way. I enjoyed my holiday very much and learned how to take better landscape photographs.

Colin was wonderful. Witty, helpful, and truly a photography expert. I appreciated his individual attention. Andy was a tremendous resource and capable boat captain.

Only went one day hiking, but Skye with Andy's help got me to a doctor so I could be taken care of and got some medicine.

Friendly, easygoing, approachable. Great at making everyone feel that their contributions were valued and worthwhile.
I particularly enjoyed the before dinner 'ritual' and the 'unicorn' sighting!! ;)

Colin was great - he managed to provide help and support across the whole group irrespective of our technical abilities or photographic skills. Looking at my work at the end of the week I had definitely improved. It was a shame that we didn't have more time for critiques but as he said it is better to be out in the field practising than sitting inside.

The combination of Colin and Justin worked well with a lot of good humour.

Colin Prior was a patient, enthusiastic and knowledgeable guide, dedicated to meeting group and individual needs. He worked tirelessly throughout the week with good humour and panache, imparting his first-hand knowledge of the local area and his craft. As someone who has a limited knowledge of camera functions, I learnt so much about the basic rules to take a decent shot and to appropriately process shots afterwards.

Thank you for guiding a superb photographic workshop in August 2013 to the Knoydart Penisular and Scotland's Small Isles, where we visited Eigg, Rum and Canna. Organisation on the trip was faultless. My experience was further enhanced by the superb piloting of the Mary Doune by Captain Andy and the sumptuous food prepared by Liz and Martin in the kitchen every day.

Although I've been doing photography for about 20 years, I've always relied on the beauty of the 'golden hours' at dawn and dusk to carry my photos. Alternatively, I've focussed on the excitement of wildlife photography across the globe. I’ve generally avoided landscape photography during the day or in poor weather through a belief it was not really possible to get good shots. However, within a few days you had transformed my thinking of how to approach landscape photography, in particular in how make 2 dimensional photographs appear 3 dimensional. I gained much from each of your tutorials, including the ones on composition, simplifying images (order out of chaos), correct use of the histogram, use of graduating filters and a more subtle use of the sliders in Photoshop & Lightroom.

I also enjoyed your personalised guidance on location in various weather conditions from challenging (rain, wind and flat light) through to easier (glorious sunshine). Equally, the critique sessions in the mornings and evenings were really useful and I’m now finding myself looking at scenes in more detail before putting camera to tripod.

I've already looked up what other photography trips you offer so I doubt it will be too long before we meet again..!!

Colin was so kind and helpful, even though I hadn't learnt a lot about my camera as I should have done. He made a point of coming round to see how we were all doing when we were out shooting and tailored his advice to each of us personally. Very useful and interesting talks.....quite inspiring. He was great!

Colin Prior was an excellent and enthusiastic tutor, providing clear, helpful and practical advice. Colin ensured that there was a good emphasis on opportunities to put theory in to practice, with a very good choice of locations.

Book a trip with Colin